The Grand Canyon of Life 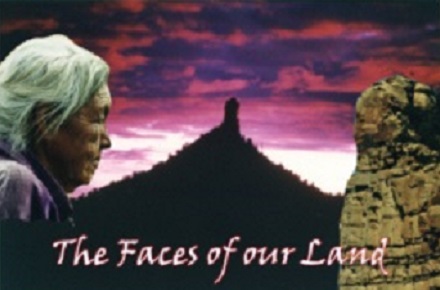 I rode across a Painted Desert plateau between the sandstone towers. Through the passing shadows of the rolling clouds above and upon a cliffs edge I did come. I looked over the edge of the cliff and there it was, a canyon, a canyon so grand. It felt as if the whole world was hanging on by its fingertips, gripping the edge of this canyon trying not to be pulled down into its depths. It looked as though the universe could slide over the canyon’s edge, fall to its bottom and the mass of it all would only raise the canyons floor half way up to its rim.

I looked back across the plateau from where I rode from and the distance of it ran into the horizon.
I looked closer at the rocks which form the canyon’s walls. Each larger than the largest of buildings. I focused in on one giant rock and there it was, I had to look closely to see, a tiny, delicate, yellow flower as small as your finger tip, growing out of the tinniest crack. I saw tall, strong pine trees that seemed to be balanced on thin air dotted along the canyon’s walls. Their roots were reaching out like arms grasping for something to hold so that they wouldn’t fall to the bottom. As I looked closer I saw the tiny fingertips of the tree's roots laced into the same tiny cracks as the tiny flower.

I looked across to the canyons far border and the distance of it met the western horizon. I could see the colors of all creation spilling out of the sun and dancing along the canyon’s rim to the north and to the south as far as my eyes could see.

Just out of curiosity I began to pull on one of the tiny yellow flowers. I wanted to take with me. It had roots as thin as thread and when I pulled against these threads, sand and gravel and even small rocks began to fall from all around it. Toward the canyon’s floor they fell and the flower was no looser than it was before. So I left it be.

I looked up into the night sky and there it seemed as though all of the heavens, made of billions and trillions of stars, were gathered above this one spot. I began to realize, just how small even this Grand Canyon really was. Even though at first it seemed so much larger than life. I looked at myself compared to all of this and there I was, as small as a grain of sand walking only one foot at a time across this great land of wonder and awe.

I realized that I was master of none and came to know that even I was a necessary piece of it all. Equally should each of us be in this land called life, a place even grander than this canyon called grandest of all.

Then I saw how this all worked so well, everything in balance and everything in the glory of its own self. I saw that every piece added to the giving of strength and life of every other piece that it touches on every side, and if even one has to do more than its share, it will grow too week to hold on.
I could see that if even one root or one rock or even a single grain of sand did not do its part in any way, it would fall from the structure, fall to the bottom like a fall from grace. While the others around it would give twice as much and work twice as hard to fill its place. When too many don’t do their share a whole section of the structure will tumble and fall, the innocent and all.